Lately, whenever someone’s asked me what I was reading about, I’ve told them: ‘A middle-aged woman who starts fucking a merman’. If I were to sit and tell them what The Pisces is really about it would probably take more time than they’d be willing to spare.

The thing is, that for a book that can be condensed so crassly, The Pisces is a novel that has such depth, and so many layers, that it is hard to put into words. Despite the main love interest being half-fish, half-man, Melissa Broder tells a story that is achingly human — and as complex a novel we can expect, when dealing with what so often lies at the root of humanity: love, loathing, and dreams of better things.

I’m sure many will pick up this book and then return it to the shelf, thinking it’s just another toneless, summer romance. I can assure you that The Pisces is not that book. Yes, there is sun and sand, and sweat drips; yes, it is sexy as hell; yes, it is told from the perspective of a heartbroken woman, who at times wonders whether life is worth living if there is no man in it. But it is so, so much more than mindless entertainment: the sex scenes are not perfunctory, or so unrealistic that you cringe, but some of the most honest representations of female sexual experiences I have ever read, and Lucy’s desire for the approval and love of men is a desire she constantly battles with.

The Pisces is a good book to read on a hot day, with pages that practically turn themselves, but it is also one of the most philosophical and thought-provoking stories I have come across in recent months. If it doesn’t make its way onto your list of books to read, then you’re probably doing summer wrong. 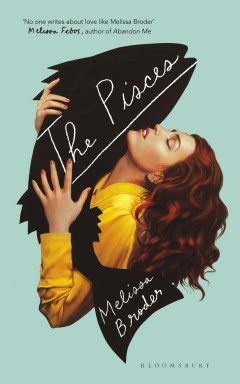 Melissa Broder, The Pisces – A Novel, Bloomsbury Publishing, 288 pages, available in hardback, paperback and Kindle, from £6.47 to £12.34

The Merits of the Older Man

THE CONFESSIONS OF A JUSTIFIED ONLINE LOVER 2